When considering the nature of your sheets and what they are made from, it’s important to take a look at the fibres to determine if they are natural or not. Plant or animal-derived fibers are considered natural while non-natural fibres are synthetic materials that are often made from petroleum materials.

Both of these material choices are common when choosing luxury bedding for the home. Linen fabrics tend to be much heavier than cotton which means they are a bit more durable. They have a lower thread count than that of cotton sheets but can also absorb a lot of moisture and are soft and breathable.

Cotton is another natural fibre that is most well-known for its softness and comfort. Cotton is much more breathable than linen because they aren’t as thick or heavy; however, they do not carry much in the way of moisture wicking like linen, but they are easy to care for.

Other natural fibres include silk, wool, cashmere, bamboo, and hemp.

These fibres are manmade fibres that are also considered artificial and synthetic. They are produced through chemical processes, and their appearance varies greatly from that of the natural fibres as described above.

Linen with cotton and other natural fibres are much more eco-friendly choices because they are biodegradable, unlike their synthetic counterparts. Synthetic fabrics are often described as having plastic like characteristics. Common non-natural fibres include polyester, rayon, nylon, and spandex.

Again, for an eco-friendlier option and even more in the way of breathability and comfort, then linen sheets and other natural fibre materials are the way to go. Natural fibres are not toxic like synthetic materials are, and they are much more sustainable in the long run.

Welcome to our Blog 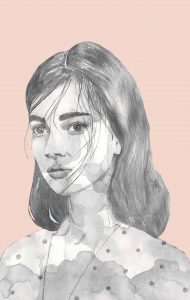 Hi, I’m Donna, better known as the ‘Picnic Queen’. This is the place you can come to get creative ideas for food recipes and snacks to pack in your picnic baskets, games to play at famiy picnic gatherings, even storage ideas using your picnic basket or hamper, plus a whole lot more! Grab a cuppa (or a vino) and enjoy.